The AWS Cloud spans 50 Availability Zones within 18 geographic Regions around the world, with announced plans for 12 more Availability Zones and four more Regions in Bahrain, Hong Kong SAR, Sweden, and a second AWS GovCloud Region in the US. (Global Infrastructure Map) 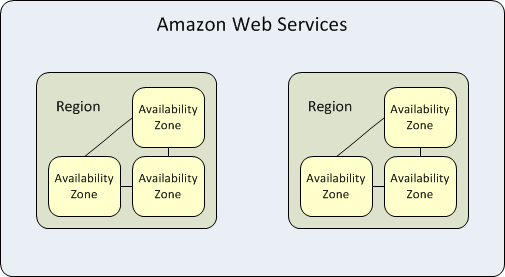 On 11th of December 2017, Amazon launched their 17th Region globally, and the second in China. The AWS China (Ningxia) Region, operated by Ningxia Western Cloud Data Technology Co. Ltd. (NWCD), is generally available now and provides customers another option to run applications and store data on AWS in China.

On 18th of December 2017, Amazon launched their 18th AWS Region, their fourth in Europe. Located in the Paris area, AWS customers can use this Region to better serve customers in and around France.

On 15th of January 2018, Amazon are opening their 50th AWS Availability Zone, with the addition of a third AZ to the EU (London) Region. This will give you additional flexibility to architect highly scalable, fault-tolerant applications that run across multiple AZs in the UK.

New zones in the Middle East

Amazon will be opening an AWS Region in the Middle East by early 2019. The new Region will be based in Bahrain, will be comprised of three Availability Zones at launch, and will give AWS customers and partners the ability to run their workloads and store their data in the Middle East.

Amazon also plan to open an edge location in the UAE in the first quarter of 2018.