We continue that momentum by announcing new releases of our two different VMware NSX platforms – VMware NSX™ for vSphere® 6.3 and VMware NSX-T 1.1.

What is difference between NSX-V and NSX-T 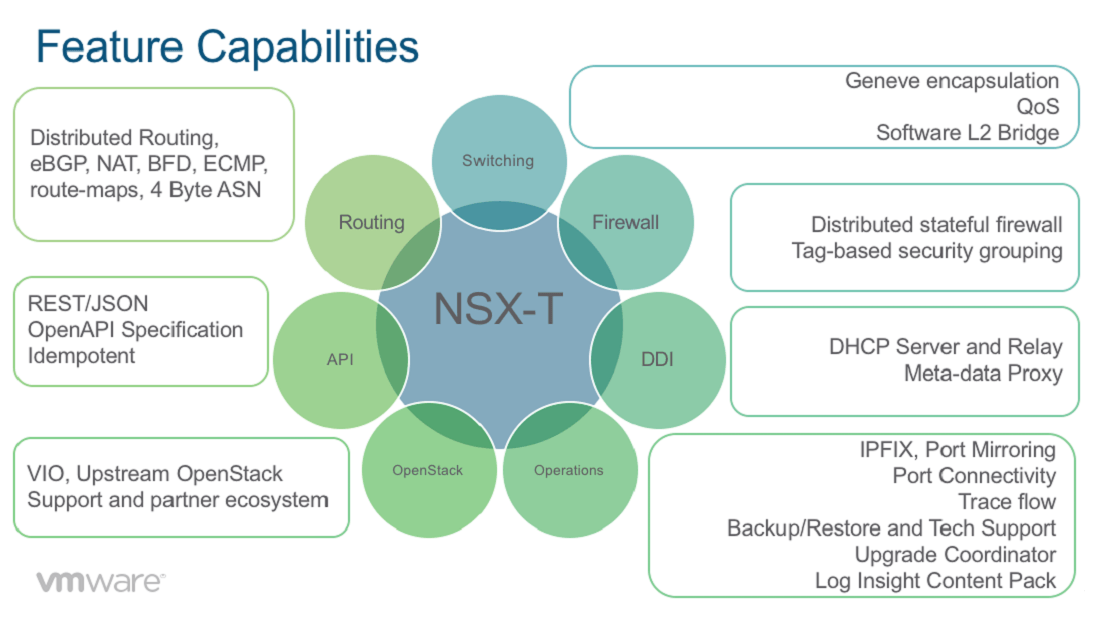 NSX-T , perhaps the more strategically important of the two, offers networking and security management for non-vSphere application frameworks and multiple KVM distributions, as well as OpenStack environments. . Eventually, the company plans to make it work with open source-based container frameworks including Docker, but it has revealed no specific time frame to deliver that capability.

“We are moving NSX to other platforms to support other frameworks and use cases because it is becoming integral to not just (vSphere) centric data centers but a broader strategy involving cloud,” said Milin Desai, vice president of VMware’s products, networking and security business unit. “We think this move lines up with the shifting landscape we see with our users who are moving from virtualization to hyper-converged to cloud.”

VMware last week said NSX is expected to generate US$1bn of revenue in 2017, making it a key part of the company’s growth plans and showing that the $1.26bn it committed to acquire Nicira was money well spent.